「Brownie notebook"Is an ordinary notebook was very different, is a notebook with a funny format.,,ja,Usually, but what notebook is to continue to use in the open When the direction (basically sideways) ..., "Brownie notebook" is,,ja,To be vertical to horizontal, available at the same time,,ja,I notebook for you.,,ja 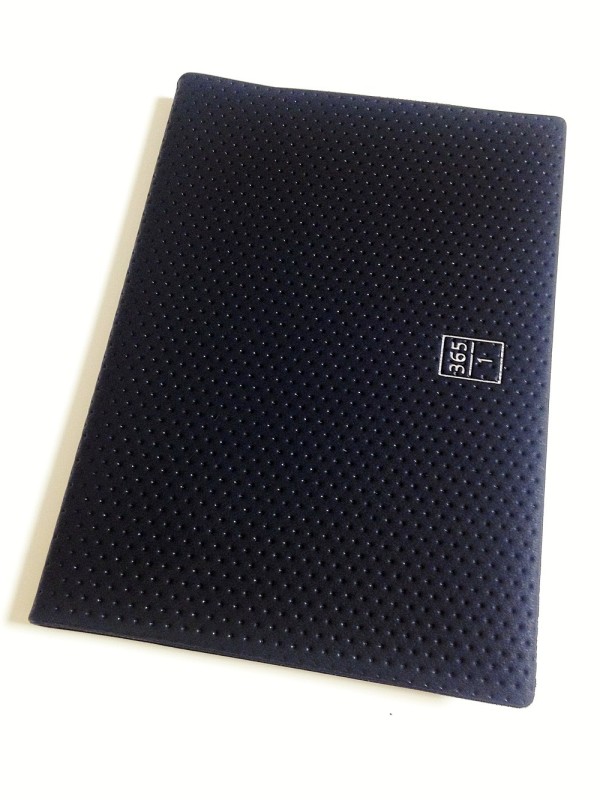 A special format that is stir the imagination,ja 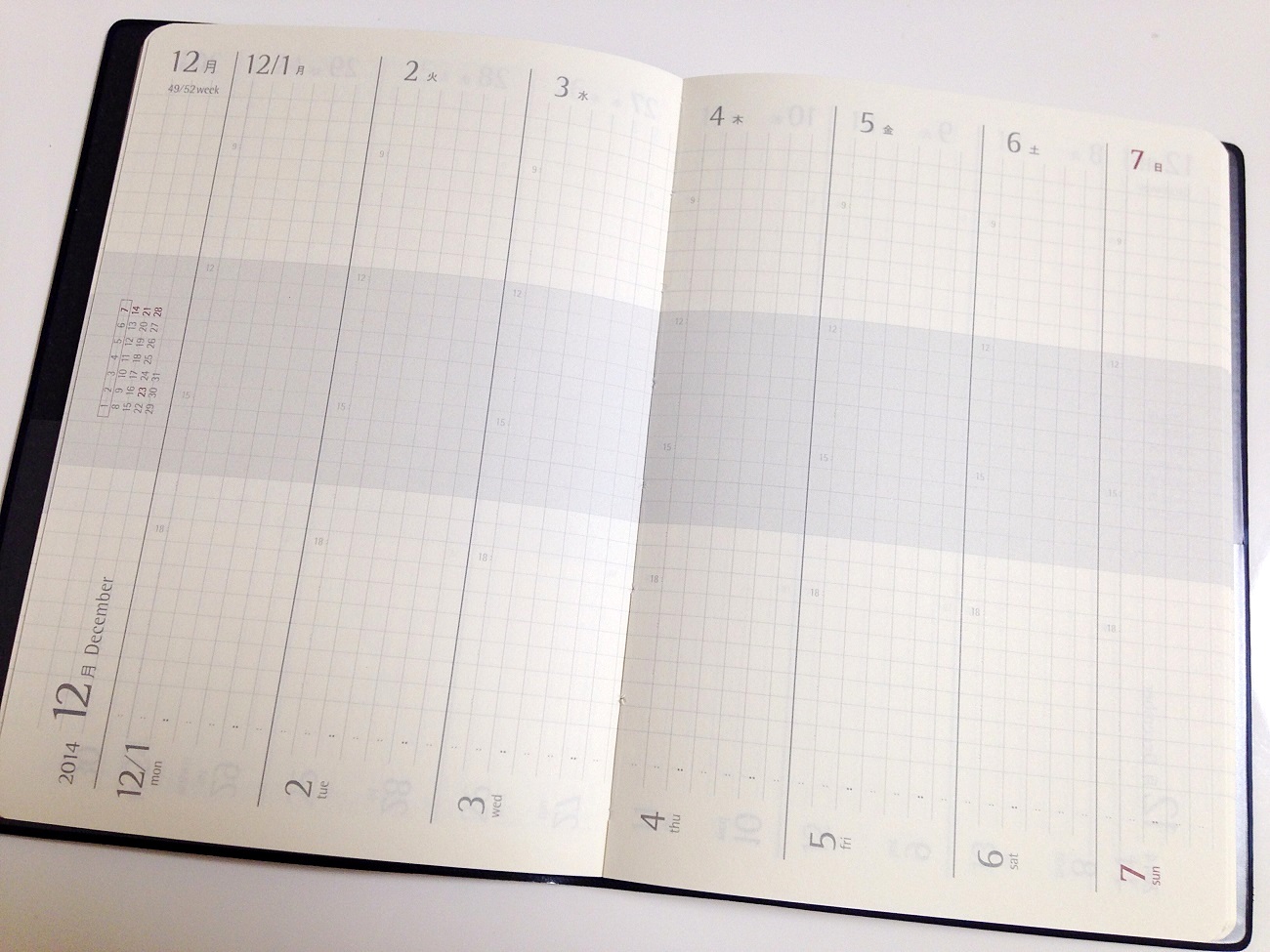 When you open the notebook in a normal sideways, near the top is not advanced the date from right to left, vertical wind ...... that can be used for the vertical axis? I think Ya and, the date display arranged in a different orientation to the bottom. So, is the part which is the date of when the notebook in the vertical direction. It will be aroused the imagination as "what way to to use it?".,ja

Because I think many people are wondering as "No kind of feeling has also to vertical to horizontal?", Here we introduce how to use just a little bit.,ja 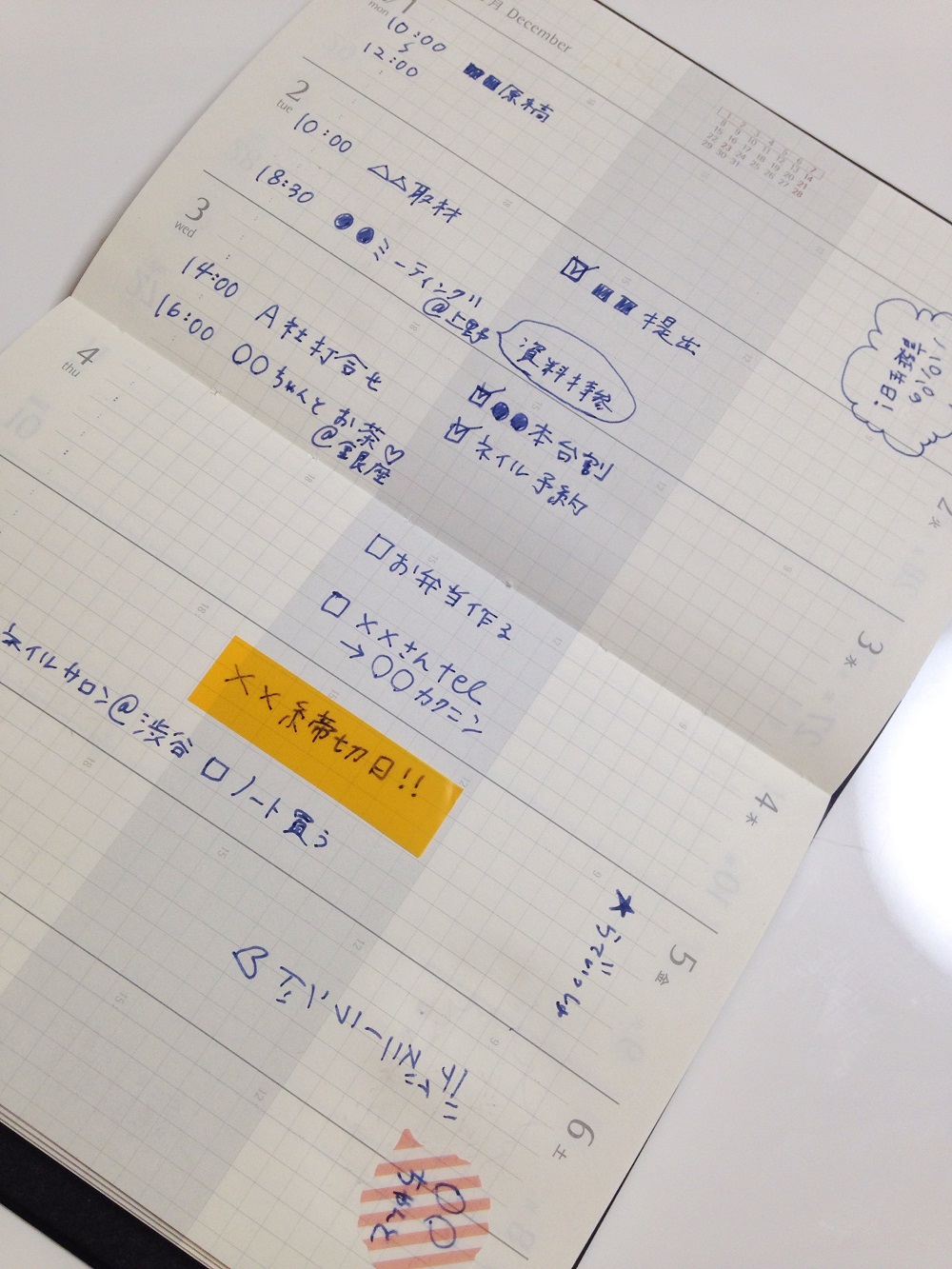 The notebook will try to use in the vertical. Time point that can fill in the free time to the far left ( ":") because it is written, I tried to write like there to meetings of the time. The columns in the middle you want to write a check box and a task list.,ja

Even in vertical to horizontal, it becomes fodder?

2009Six months was born in the year fascicle diary was the biggest feature of "six months notebook" "Design that can be used even in the vertical to horizontalI was born inherited ", but this" brownie notebook ". After that, it has been released by changing the variation every year, the 2018 version of "regular (A6)", 2 size development of "Dainari (A5 slim)". The cover is in addition to black and clear classic, happy color six for women, such as Pompa doll pink and antique emerald is equipped.,ja

Text sheets is hard to strike at the fountain pen, gentle cream-colored paper. Printing color of the grid ruled also not too dark, just a good feeling.,,ja,If you got bored to ordinary notebook format,,ja,"This notebook, how to use it?" If you like to think that,,ja,Brownie notebook | brownie,,ja,brownie-techou.com/,,pt,brownie,,en 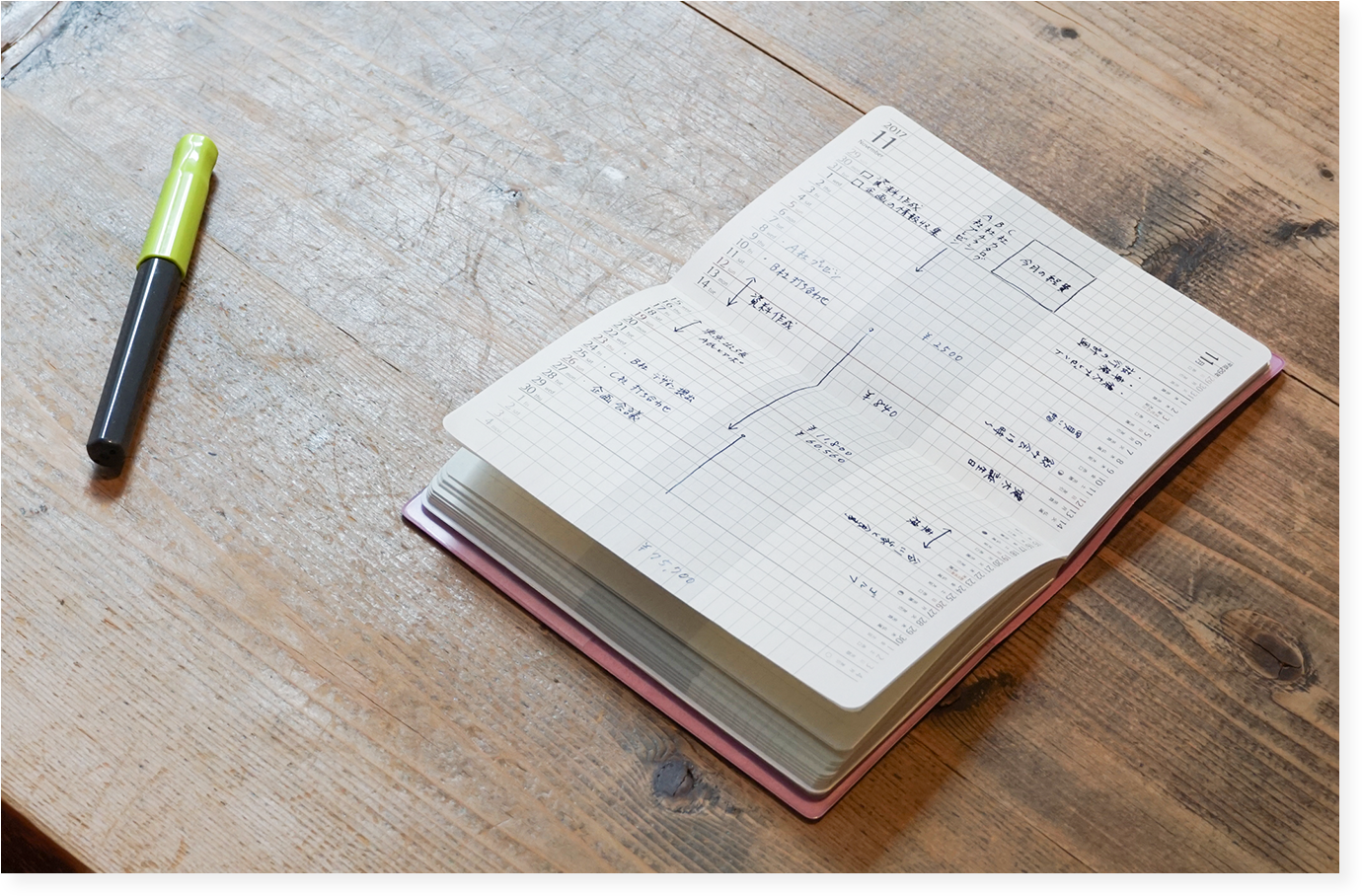 In horizontal, in the vertical, it is fun to think that the "How to use it?" And "Brownie notebook". If you do not have enough tired of ordinary notebook format is try using here to invite you.

– No stationery, No life. Every day, stationery. -